Not to be confused with the Kunal Kapoor who is the son of Shashi Kapoor and Jennifer Kendal, or the Kunaal Roy Kapur from the raunchy comedy Delhi Belly, this tall drink of hot water and Mumbai native caught Bollywood's attention as Aslam in 2006's critically acclaimed Rang De Basanti. His most recent film outing was in a supporting capacity in 2011's blockbuster Don 2. Into theater and very selective about his projects, finding Kunal in a film is like finding a pearl in an oyster. Of course, he stars nightly in many a fantasy... 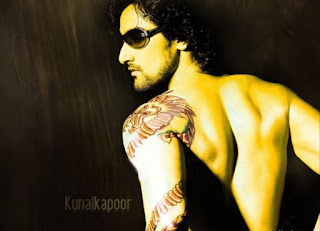