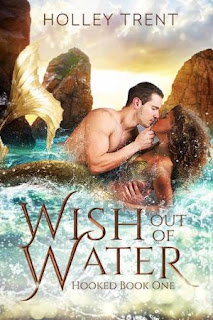 I think I went slightly overboard in my book binging this month—which kind of makes up for past reading dry spells, IMHO. It all balances out eventually! For instance, I was off historical romance for a bit...and then I read a TON of them recently. Including Jeannie Lin's stealth release of another new Lotus Palace mystery, featuring Wei-Wei and Gao, and two of Erica Ridley's Wild Wynchesters books. I am officially a Great-Aunt Wynchester stan now. If you know, you know. (Also, don't get me started on the cover of The Perks of Loving a Wallflower. Justice for Tommy and Philippa!)
It was also a good month for creepy and paranormal books! As terrifying as Anne Bishop's alternate Earth is, I kind of want to live there. Crowbones was a great addition to her Others series, and I couldn't love the Crowgard and the Sanguinati more if I tried. Meanwhile, Victoria Helen Stone has another winning thriller on her hands with At the Quiet Edge—which came out in wide release today! She takes the setting of a storage unit facility and uses it masterfully to unlock the secrets her characters hoard inside themselves. On the lighter end of the spectrum is Holley Trent's Wish Out of Water, about gorgeous neurodivergent mermaids and the dirtbag secret princes who love them. Holley's books are like a really sexy and funny blanket you can wrap around yourself. Always warm, always safe.
Read more »
Posted by Suleikha Snyder at 8:57:00 PM No comments:

Email ThisBlogThis!Share to TwitterShare to FacebookShare to Pinterest
Labels: on the shelf, recs 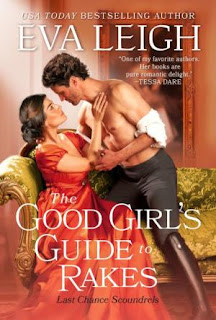 Disclaimer: Eva Leigh is a friend of mine, but that has nothing to do with this review. I don't talk up books by friends unless I actually like the text itself.
On its face, and its back cover, Eva Leigh's The Good Girl's Guide to Rakes looks like your standard "Rake Teaches Wallflower the Ways of Love" book—a trope I have zero problems with, by the way. But Leigh goes in a different direction in this sweet and heartfelt tale of two people seeing each other for who they really are. Celeste Kilburn doesn't need sexual tutoring. She needs freedom to express herself and her wants, tired of being the only one responsible for her nouveau riche family's honor. And Kieran Ransome, forever thought an empty-headed cad, just wants to be loved for the poetic mushbucket he is beneath his fancy waistcoats.
Though Celeste has always had a crush on her older brother's best friend, Kieran falls in love first and falls hard. Catnip! And they actually talk to each other! There are no "misunderstandings that could be solved by one convo" moments in this book, because everybody just says what needs to be said! Even more catnip! This gentle but very steamy love story about two people who defy their parents while trying not to defy their hearts was just what I needed this week. That there's a charismatic and beautiful gaming hell owner named after Romancelandia's own Beverly Jenkins was a cherry on top!
Weird Suleikha thoughts while reading
-They have sex on a chaise in a theater dressing room, and when you consider how many times that has probably happened to that chaise in particular, it's a little icky. Did they have Scotchgard in the Regency?
-Are buckskins actually made of buck skins? Are they DEERPANTS?
-Is it truly wise to drink whatever they set in front of you in a gross, shady, dive bar?
-Who can I get to write ME into a Regency gaming hell?
The fine print
Release date: 2/02/22
Publisher: Avon/HarperCollins
Buy links: https://books2read.com/u/baDnM8
Posted by Suleikha Snyder at 4:57:00 PM No comments:

Email ThisBlogThis!Share to TwitterShare to FacebookShare to Pinterest
Labels: on the shelf, recs

Interlude with a Vampire was originally released in 2021 as a preorder incentive for Pretty Little Lion and sent only to those who provided proof of purchase. Since it is now 2022 and I assume you've all bought PLL by now, I'm sharing this very steamy menáge à trois with everyone old enough to read spicy content.

Interlude with a Vampire