Like last week's pick, Farhan Akhtar, Pakistani pop star Ali Zafar is a Renaissance man, a creative jack-of-all-trades. The singer/songwriter went to art school, has modeled and has also worked in TV. He skyrocketed to fame in 2003, with his hit single "Channo." The success of his first album, Huqa Paani, made him an overnight superstar. Touted as the Prince of Pop,  Ali made his film debut in 2010's Tere Bin Laden, netting all sorts of award nominations for his performance — particularly noteworthy as he is the first Pakistani actor to be the solo lead in a Bollywood film. He's most recently earned cinematic raves for 2012's London, Paris, New York. Ali and his wife Ayesha have a 2-year-old son. 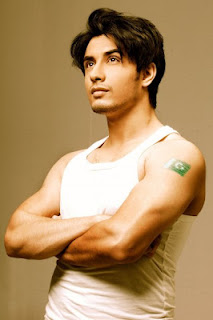