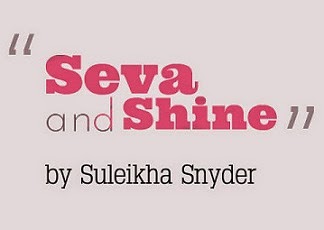 It's been a long time since I've written in the Bollywood Confidential universe, but this week I was struck with the urge to return to two favorite characters from Bollywood and the Beast.

I hope you enjoy this free, original short.

Ashraf watched Kamal unhook the last rope of tiny twinkle lights, his long-fingered and capable hands sifting through the tangles and knots with ease. Diwali had long since come and gone, but they’d kept the haveli lit up for Rocky, who was flying back and forth to Mumbai for a film shoot. Because, as his brother Taj was constantly pointing out, she brightened every room.

“She should be welcomed home every time with the same light.”

“Bhai, when did you turn into a chocolate hero? Are you sure you are feeling okay?”

They were a Muslim household with atheist sensibilities, but for Ashu’s soon-to-be sister-in-law they’d all learned a little bit of faith…and so much joy. How could they not give her Diwali, Christmas and all the stars in the sky? And only after Rocky had scolded Taj about wasting electricity had he decided the decorations could come down.

Kamal volunteered for the task, spending hours each day working on a particular corner of the house. Quiet. Efficient. He gave himself to this like he did everything else. His rounds at the hospital. His care of Taj. Reading the Quran with Naani since her two grandsons were too lapsed and too lazy to touch the holy book. There was nothing Kamal didn’t do with his entire concentration.

“You don’t have to do this,” Ashraf reminded now, leaning against a pillar on the back veranda. He’d been watching today’s progress for twenty minutes, unashamedly enjoying the stretch of Kamal’s blue kurta across his shoulders. “You don’t work for us.”

“Don’t I, Chote?” Kamal’s smile was beatific, a different kind of glow than a haveli wreathed in lights. The tiny bulbs he wound into coils were artificial, but his smile held true warmth.

Ashraf was becoming accustomed to that heat. He wanted to put his palms out and soak it in. More than that, he wanted Kamal to kiss his fingertips. He wanted the friction of beard against his skin. He wanted the soft huff of breath and the painfully gentle touch of a mouth on his.

He wanted what he was being denied.

“You’re not ready,” he’d been told, from a respectable distance of three feet. “You are still healing.”

Kamal had simply shaken his head and picked up the medicine bottle on his nightstand. As if the antidepressants were all evidence to the contrary. Ashu took them daily, and the darkness that had consumed him months ago had shrunk to shadows. He no longer woke with nightmares. He could almost go a week without remembering how Nina had twisted and tormented him, taking something as beautiful as sex and making it commerce.

What Kamal did for him, for their family…was not a transaction. It didn’t come with strings. And it didn’t hurt. “If you worked for me, you’d listen to me,” Ashraf murmured, with a touch of the petulant, spoiled film star he’d never quite managed to become. “You’d hold me when I ask you. Touch me when I ask you. Hain na?” Isn’t that so?

At last those perfect hands faltered. The strings of lights fell to the close-clipped grass. Kamal looked up, the expression in his fathomless dark eyes mirroring Ashu’s hunger and need. Not so strong now, was he? Not so immune. Not so efficient or quiet. “Ashraf.” The single word was heavy. Gorgeous. Not the age-old tease of “Little Sir.”

His name had never sounded so right. It belonged in the wrappings of this man’s low voice. Just as he belonged in his arms.

Ashu stepped off the veranda, closing the space between them in two strides. “You don’t have to be careful with me. I’m not going to break.”

“I may.” The barely audible Hindi was precise, formal and flawless…and devastating, honest, and naked. “I may shatter, Ashraf. And then where will we be?”

He shrugged. “Then I’ll pick up your pieces. Every single one. And I’ll put you back together.” Kamal made a choked noise. His fists clenched and unclenched. Ashu reached for one, slowly uncurling the tight roll of fingers. “Please,” he said, softly, stroking his thumb across whitened knuckles. “Please. I miss you.”

“Where have I gone?” The hollow rebuttal was punctuated by a shiver, a bowed head and a laugh that was just shy of lunatic. “I am right here before you.”

“It’s still too far away.” He placed Kamal’s open palm against his jaw, crowded him until scant inches and thin cotton were all that separated their skin. Ashraf could breathe him like this. He could taste him like this. The swell of his lower lip. The slender bow of the top one beneath his neatly trimmed mustache. It was a mouth that begged to be taken. So he took it. “Kiss me,” he coaxed, as he leaned in, as he barely touched him. A caress. A tease. A plea. “Love me.”

Kamal’s reserve crumbled with a harsh groan, his free hand coming up to grip the base of Ashu’s neck as he kissed him back. Their first of such contact, too long in the making, and it was everything he’d ever wanted. Cloves, spice, and that wonderful heat…kindling a fire that spread out of control from Ashraf’s tongue to his groin.

“I’ve never done anything else.” Kamal spoke fiercely into the tiny gap between their seeking mouths. “I’ve always loved you. Always.”

If kisses were fire, words were the sweet burn. Ashu shuddered, sliding one leg between Kamal’s knees, aligning their bodies as if they were one flesh and one heart. “Then let me love you back. Always.”

They stood there for hours, tangled like ropes of Diwali lights, and welcomed each other home.

Seva is Sanskrit for selfless service, which describes Kamal's core ethic to a tee.

For the beginning of Kamal and Ashraf’s story, pick up Bollywood and the Beast.

Available at all major e-tailers.