On the heels of International Women's Day, it seems only right to recognize one of the hottest ladies of modern Bollywood, Kerala-born beauty Vidya Balan. Why is she hot? Because the versatile actress is burning up the box office with films like Kahaani and The Dirty Picture, netting headlining roles and demanding paychecks on par with male stars. Able to play everything from the ingenue to the sexpot to the badass, Vidya earned her stripes on TV, doing commercials and sitcoms and music videos, before making her Bengali film debut in 2003 and her Hindi film debut with Parineeta in 2005. In just seven years, she's become an award-winning, must-have lead actress! In short, Vidya rocks. 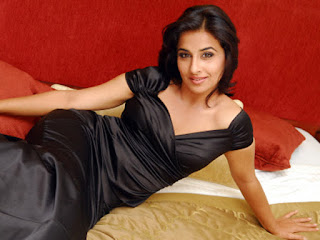