Never let it be said that we can't grow 'em sexy on this side of the Prime Meridian. Born in Chicago, into a family of doctors, Sendhil Ramamurthy navigated away from medicine while at Tufts University, going from pre-med to a degree in history. Sendhil pursued the dramatic arts in London, doing theater there as well as in New York, where he snagged bit parts on TV shows. (Did you know that he played Alexandra's butler on Guiding Light? I sure didn't!) He's best known for playing Dr. Mohinder Suresh on NBC's now-defunct Heroes and CIA agent Jai Wilcox on USA's Covert Affairs. Sendhil's own affairs are more above board than covert: He's married to actress Olga Sosnovska (ex-Lena, AMC), and they have two kids. 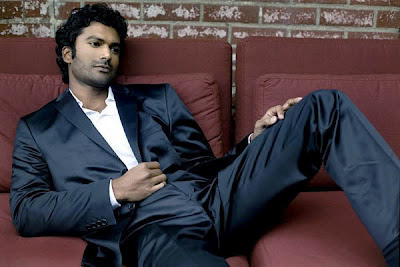