Akshay Kumar worked his way to the top, waiting tables and learning martial arts in Thailand and doing his time on the Bollywood B list. The success of 1992's thriller Khiladi began Akshay's evolution into a master "khiladi" (player) of action films. Akshay is known for his physical fitness — maintaining his bod' hasn't just been about waxing (I had his posters on my wall when I was 15; he did have chest hair!). Akshay has a similar commitment to his career, balancing fight flicks with romantic films (1994's Yeh Dillagi, 2007's Namastey London) as well as comedies like 2000's Hera Pheri. 2012's box office blockbuster Rowdy Rathore marks an explosive return to action. Akshay and his wife Twinkle (daughter of Bollywood royalty Rajesh Khanna and Dimple Kapadia) have one son and are currently expecting their second child. 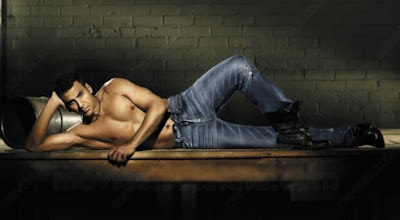