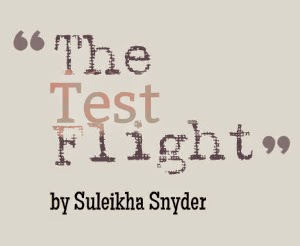 I think it's safe to blame this wee bit of free flash fiction on authors Amy Jo Cousins, Olivia Kelly and Laura Curtis, and a Twitter discussion that sprang up between us after this picture of Indian pilots arriving in the UK in 1940 came across my tweet stream.

I'm not a historical romance writer by any means, but who can resist a good story prompt...or a good pilot?

(Spoiler alert: You're about to find out...)


The long, narrow room was filled to the brim with people and noise. Typewriters chimed merrily and telephones rang off and on. Ashok saw none of it after his initial assessment. Because as he closed in on Miss Maria Fernandes’s desk — second from the front, he’d been told — his vision was filled only with glory.

A brown pencil skirt hugged the typist’s trim waist and thighs, tapering to just below her knees and revealing plain war-time stockings with pin-straight seams. He couldn’t look away as the girl stretched across her desk to adjust the ribbon of her machine. Because the material stretched, too. Bhagwan. It was too much. And not enough.

“Hey. Eyes front, Flyboy,” she snapped in husky and broken Hindi, even though he hadn’t announced his presence. Even though she couldn’t possibly know he was there. Likely she was used to stares, could feel them directed at her pert bottom. What was one more lewd look?

“S-sorry, Mem,” he murmured, tugging at his too-tight collar, suddenly abashed. His mother had raised a gentleman, not a lecher. A major. “Major Ashok Saxena. Again, apologies.”

She slipped back into her seat, patting the shining roll of her black hair. “Accepted, Sir,” she chirped in English, before finally deigning to set eyes on him.

Unearthly, beautiful eyes. Huge. Thick-lashed. Like the gaze of a goddess in a temple. They ruled her entire face and made him forget almost entirely about her legs. Durga, Saraswati and Laxmi were cursing him and blessing him at once.

Still beaming from passing his training and qualifying for the RAF with seventeen of the others who’d come to Britain, Ashok had walked into the typing pool like a strutting cock — top of the world — holding his letter for Ma and Pitaji and hoping for a little aankh-micholi with a pretty girl or two. But this girl’s gaze didn’t flirt. It conquered. It flickered over him, from his jaunty pilot’s cap to his shined shoes, and then returned to her typewriter. Unimpressed.

“May I help you?” Her English was perfect. Like her dark skin. A silver cross on a chain sat at the base of her throat, the metal a shining contrast. She was a Christian, then. A Catholic. It made a sort of sense. He could not imagine his sisters being allowed to come to England, much less to wear white collared shirtwaists and talk back to fighter pilots. Good Hindu girls from good Hindu families stayed home, or so he’d been told.

According to Pitaji, there was a long list of things good Hindu girls were supposed to do. Ashok wasn’t interested in a single one. They could hide behind their purdah. He preferred the woman who was right in front of him.  Lush and lovely with coral lips.

“I’ve a letter.” There. That was halfway to smart. “The other officers say you are the best.” She would type it, and then it would be combed over by Intelligence, sanitized before it was sent on to India. Singh and Rathod had assured him that Miss Fernandes had a softer touch than some of the other girls from the typing pool. That she found a way to communicate things to families back home despite the strictures.

“Eighty-five wpm,” she said, crisp pride and satisfaction filling her voice. “Give it here.” She extended her palm, flat and waiting for his papers.

His tongue was thick. His fingers even thicker, too clumsy to hand over the scribble-filled pages straight away. He’d never had trouble chatting up girls in Lucknow. One tight skirt, two perfect seams, even more perfect eyes, and he was lost. “Mem…” he began, only to stop and shake his head.

When he didn’t move, didn’t say anything further, Miss Fernandes just sighed. And her tart Hindi chastisement returned. “Hey. Ustad.” Again she called him “flyboy” as if he was just another man, another annoyance. Any man. Any annoyance. “I do not have all day. This isn’t your father’s office.”

Ashok choked and felt the tips of his ears grow warm.

He was RAF now. He was going to fly for the Allies.

And he’d been shot down without leaving the ground.