I'm breaking from my habit of looking east for manly masala to laud Vincent Irizarry, who was probably about 70 percent of my inspiration for Dr. Vince (see?!) McHenry in Heart Murmurs. Native New Yorker Irizarry got his daytime TV start playing hunky bad boy Lujack Luvonaczek on Guiding Light in 1983 and is perhaps most well known for playing dastardly but devastatingly charming Dr. David Hayward on All My Children, which he did off and on from 1997 to the show's 2011 finale. Vincent also played Gino in the TV movie adaptation of Jackie Collins' Lucky and Chances. He has four kids, one Daytime Emmy award and a whole lotta talent! 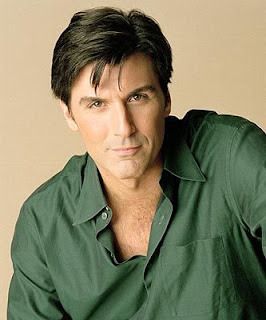